This is only an attempt to create interest in reading. We may not get the time to read all the books in our lifetime. But such reviews, talk and synopsis will at least convey what the book is all about. 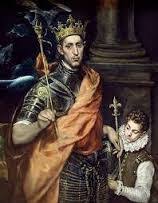 Once there was a king by the name of Giphad. He ruled a very peaceful … yet powerful kingdom. All his people loved and adored him. Everything was just going fine in his kingdom. Except for his son Jonash. Jonash was very unhappy for some unknown reason. He would sit is his room staring blankly out of the window at the lands and frown.

The king addressed his son one day, ‘What on earth is upsetting you, Jonash? What is it that you don’t have? What is making you so distraught?’ The young king only shrugged his shoulders. The king added, ‘could that be a girl, a particular woman that has caught your eye? Tell me her name and I will move mountains to have the two of you married at once.’

‘No, it’s not the girl. I don’t know why I’m so unhappy.’ The king nodded at this and walked off. Later the king pondered if such a situation continues with his son he might die out of melancholy.

He thought his son required professional help. So, he issued a decree inviting all the top physicians, astrologers and wise men of the kingdom come to him. When they arrived, the king made them meet his son. And after three days of deliberations the astrologers finally came up with a solution. ‘Your Majesty,’ Janklo, the head astrologer spoke. ‘We have thought through the problem in great depth. In order, to help your son, you must find a happy man. A man who is happy without any possessions and desires.’ The king raised an eyebrow at this. ‘I now have to find a happy man?’

‘Yes,’ replied the head astrologer, ‘and when you find the happy man you must trade his shirt for your son’s shirt, then all will be fine.’

The king agreed and dismissed them. He called his Prime Minister and other dignitaries to his court and told them to go out and find for him a truly happy man. He had posters placed all over the kingdom offering a handsome reward to anyone who could find a truly happy man.

the first person who was made to appear before the court was a priest. “Are you happy?’ The king’s question was simple and to the point. ‘Yes, milord, I am very happy.’

‘Well then, how would you like to be my bishop?’ At this the priest perked up. ‘Oh yes, your majesty, nothing would bring me greater joy.’ The king got very angry at this. He ordered the priest to leave at once before he decided to imprison him. ‘You are an absolute liar, and on the lookout to better yourself. So, get out of my castle.’ He shouted as he got furious.

Nevertheless, the search for a happy man continued. A week had gone by when there was news that the neighbouring king was a real happy man. He had a lovely wife and many children. He had no enemies and had a peaceful but powerful kingdom. Thinking this to be a possible solution, the king sent his ambassador to enquire after him.

‘It is true that I have everything I wanted. But I fear I may die soon and lose it all. Every night I lie in bed thinking I will lose it all.’ With this answer, the ambassador thought it wise not to ask for the kings shirt. And when king Giphad was given this news he was furious. For he had no clue what to do next. His son was getting more and more depressed and as a result of that, he could have expired.

So, in desperate need for a change and some fresh air the king decided to go for a shoot. When he reached the outskirts of the city the king noticed a hare a few meters away and tried to shoot it with his arrow. But the arrow only grazed the hare and the animal escaped into the woods. Following the hare, the king moved away from the rest of his party. After a few minutes, he gave up looking for the hare and decided to head back but suddenly stopped. There was a sound coming from his left. He discreetly drew closer. Someone was whistling a small tune. Coming close to the whistle he saw a dashingly handsome blond youth lying on the reeds. The lad was on his back gazing at the many clouds in the sky.

‘Hey you there! Boy! Tell me … how would you like to be appointed to the highest position in the land as the king’s personal advisor?’

‘Advisor eh?’ The youth sat up at once and scratched his chin. ‘Such a troublesome position. Sorry I’ll have to pass it. For I’m fine without it.’ The king beamed at this answer.

‘You’re the one! Come on! On your feet boy!’ He grabbed the youth and dashed back to the men in his camp. ‘My son is saved! My son is saved!’ He turned to the young man and gestured warmly. ‘You boy, you can have from me anything that you wish. But I need … I need.’ The terrified youth looked at the king strangely and asked, ‘You need what?’

‘My son the prince is dying and only you can save him. Come closer.’ The king grabbed the youth, smiling in his brightest of smiles and quickly began to unbutton the youth’s jacket, and then suddenly stopped. His arms dropped to his sides.

The happy man wore no shirt.

Shravan Charity Mission is an NGO that works for poor children suffering from life threatening diseases especially cancer. Should you wish to donate for the cause. The bank details are given below: