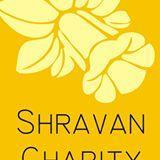 Flavour – few lines from the story

You can receive a PDF copy in just thirty minutes after remitting Rs 100 in the following account (After remitting write to us on shravancharitymission@gmail.com)