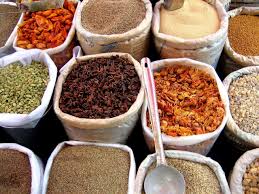 Once upon a time there was a trader who had two ponies. He often used to load them with grocery. To market in the nearby villages located in the hills. Once, it so happened, that one of his pony fell sick. But the trader did not come to know of it. He wanted to carry salt, jaggery, pulses and rice to the nearby villages to sell. So, he loaded both of them equally and started on his mission.

But, while negotiating the uneven hilly terrain. The sick pony was having problems. Soon, they halted for a breather. Is when he said to his fellow pony—‘today I’m not feeling well. Therefore, I’ll drop one of the bags loaded on me, so you keep standing here. When our owner notices that. He might just load it on you, but if you move ahead. The owner will load it back on me. In this manner my load will get reduced for the day and I will be able to come along with you.’

But the other pony replied—‘why should I take your load? As if, I have lesser load on my back. Sorry, I’ll only carry my share of load.’

Soon they started again. The sick pony was now quiet and kept walking even when he was feeling extremely sick. And while trudging on the hilly track. Because of his weakness he stumbled into a bolder lying on the road and went off the cliff and rolled down and finally succumbed to his injuries.

The trader was shocked at the sudden death of his pony. He stood there for a while not knowing what to do. Then he lifted the bags off the dead pony and loaded them on to the other one. Now the pony started repenting and thinking—‘had I listened to my fellow pony and taken some extra load. He wouldn’t have come across this fatal accident and in turn I wouldn’t have had to carry the entire load on my back.

Moral of the story: A person who doesn’t help others, especially, colleagues while they are in danger have to repent. They are paid back in the same coin.