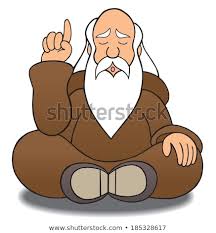 There was once a wise man who lived in a village. Villagers used to come to him for advice and consultation. But to the amazement of the wise man, most of the people came to him with the same problem.

One day while he was sitting with all his disciples they started of as usual with their small and petty problems. The wise man kept listening to them. At one point he said hold on after which he cracked a joke. When everyone burst into an uncontrollable laughter.

Then he said, ‘You can’t laugh at the same joke over and over again. So why are you crying about the same problem again and again.

MORAL OF THE STORY: Don’t just go about discussing the same problem again and again as it will lose its weightage and will only be a waste of time and energy.