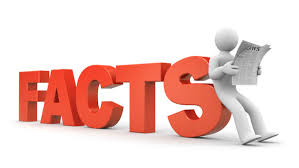 Though William Shakespeare’s entire oeuvre –37 plays and 154 sonnets—is brimful with words of wisdom for every stage and situation of human existence, one of the most quoted aphorisms of his is, “Always the wrong person gives you the right lesson in life.” It may sound a bit contrary and even oxymoronic at first blush, but it’s pregnant with profound wisdom.

Purchasing power parity (PPP) is an economic theory that compares different countries’ currencies through a “basket of goods” approach. According to this concept, two currencies are in equilibrium or at par when a basket of goods (taking into account the exchange rate) is priced the same in both countries. Closely related to PPP is the law of one price (LOOP), which is an economic theory that predicts that after accounting for differences in interest rates and exchange rates, the cost of something in country X should be the same as that in country Y in real terms.

Kamala Devi Harris is the first person of Indian descent to post a credible candidacy for the Democratic Party nomination for US president. Daughter of an Indian cancer researcher and a Jamaican economics professor, for many Desi Americans she is proof that they have ‘arrived.’

Indians on an average do believe that things are getting better: 74% of them, according to a recent Ipsos-MORI poll. Indians are more optimistic than people in wealthy Western countries like those in Europe, North America and Oceania.

India has made significant improvements in reducing HIV infections—from 5.1 millions in 2003 to 2.1 millions in 2017—but it still has the world’s third largest HIV-infected population after South Africa and Nigeria.

India has the highest population of cattle in the world.

India is also the biggest milk producer in the world.

Indore is India’s cleanest city (winner of the Safaigiri Award of 2018).

Agriculture, mining, manufacturing and construction account for 45% of India’s GDP.

The global market in merchandise exports today is approximately $15 trillion. Share of India in these exports is only 1.6% compared with 12% that of China.

Nearly half of India’s farms are less than half hectare, a size too small to yield adequate living standard for a family of five—Arvind Panagariya.

I have never been to mars. What will we discover when we get there? A red landscape, quiet horizon and frozen glaciers? Probably all is as beautiful, in its own way, as the Earth was, thousands of years ago—MA YANSONG.

History is testimony that whenever the majority developed a sense of victim hood, it led to genocide of minorities.

Amongst the great man made places visible from outer space are the pyramids of Egypt, the Great-wall of China, and the Palm islands of Dubai. Now added to the list is the 600-foot figure of Sardar Patel—so tall, at dusk it casts a mile-long shadow over an enormous dry agriculture stretch. The base of the statue houses a research centre dedicated to good governance and agricultural development.

Donald trump is now arguably the most joked about US president on a parody-per-day basis.

Eckhart was once sitting alone under a grove of trees in a lonely place. A friend who was passing by went up to him and said, “I saw you sitting, lonely, and I thought I would keep you company.” Eckhart replied, “I was with myself, but you have come, and if anything, I am feeling lonely now.”

A key facet of water policy must be induction of technology to promote reuse. Recycling does take place in India but it’s nowhere close to the level needed. Elsewhere, recycling has moved to another level. Singapore recycles water for drinking.

Pre-monsoon rainfall from March to April has shown a 27% deficiency. Separately data put out by government shows that water levels in India’s major reservoirs and river basins have fallen to 21% of its average of the last decade.

In March 2019 the Baltic State of Estonia’s parliamentary elections saw almost half the votes cast through E-voting. That should be the vision of our future.

Nobel Prize in science are not given for R&D, they are given for fundamental discoveries.

Gagandeep Kang from Faridabad’s Transnational Health Science and Technology Institute is the first Indian woman to be made fellow of the Royal Society of London—now in the company of Isaac Newton, Albert Einstein and Charles Darwin.

Origin of Green–Eyed Monster. The term green–eyed monster, meaning jealousy, first appears in Shakespeare’s Othello, when Iago says, “Oh, beware, my lord, of jealousy! It is the green–eyed monster which doth mock the meat it feeds on.”

The phrase luck of the Irish is commonly thought to mean “extreme good fortune.” … “During the gold and silver rush years in the second half of the 19th century, a number of the most famous and successful miners were of Irish and Irish American birth

The moment I realised God sitting in the temple of every human body, the moment I stand in reverence  before every human being and see God in him—that moment I am free from bondage, and I am free—Swami Vivekananda.

Rabindra Nath Tagore—‘The mind is without fear; and the head is held high; where knowledge is free; where the world has not been broken into fragments by narrow domestic walls.’

Brahminism or Brahminical are not to be understood as related to a community or caste called Brahmins as explained by Babasaheb Ambedkar himself.