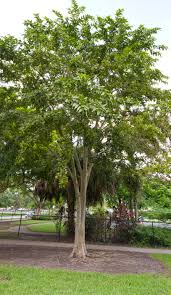 Kuvera was a great devotee of Lord Shiva. And by the grace of Lord Shiva, Kuvera’s material opulence had no limits. In fact Kuvera was the treasurer of God’s wealth. He had two demigod sons by the name of Nalakuvera and Manigriva.

As it normally happens, rich men often get addicted to wine and women. These two sons of Kuvera were no different. They also got addicted to the worldly pleasures. Once these two demigods desiring to enjoy life, entered the garden of Lord Shiva in the province of Kailash, located on the banks of Mandakini—Ganges.

There they got busy listening to the tuneful songs of the beautiful women who accompanied them in that garden filled with fragrant flowers. They started drinking and soon got inebriated. In an intoxicated condition the two demigods entered Ganges that was filled with lotus flowers. There they began to enjoy the company of young girls.

While they were enjoying themselves in the water, all of a sudden Narada the great sage happened to pass that way. He could understand that the demigods Nalakuvara and Manigriva were thoroughly intoxicated and could not see that he was passing by. The young girls however were not much intoxicated so after seeing sage Narada they immediately began to cover themselves. On the other hand Nalakuvara and Manigriva were so intoxicated that they could not appreciate the presence of sage Narada and therefore did not cover themselves.

However, great sage Narada was compassionate and a well wisher. He wanted to end their false enjoyment of intoxication and association with young girls and wanted them to see Lord Krishna face to face. So he decided to curse them as follows. Because he felt that the attraction for material enjoyment was due to an increase in the mode of passion. A person in the material world when obliged by material opulence of riches, generally becomes addicted to three things—intoxication, sex and gambling.

Narada thought, since Nalakuvera and Manigriva were indulging in false pleasure, they should be put into a condition of life that is devoid of opulence. He therefore decided to put these demigods into a condition where they could not be falsely proud of their material opulence and prestige.

In animal life the animal has no sense to understand that he is naked. But Kuvera was the treasurer of the Gods. A very responsible man and Nalakuvera and Manigriva were his two sons. Yet they became so animalistic and irresponsible that they could not understand due to intoxication, that they were naked.

To cover the lower part of the body is a principle of human civilisation, and when men and women forget this principle they become no better than animals. Narada therefore thought that the best punishment for them was to make them immovable living entities, or trees.

A tree by nature’s law, is immovable. It is covered by the mode of ignorance and cannot do any harm to anyone. So, the great sage Narada thought it fitting, that although, the brothers were punished to become trees by his mercy, they would continue to keep their memory and be able to know as to why they were being punished.

Sage Narada therefore contemplated that the two demigods should remain for one hundred years, in the time of God, in the form of trees. After which they would be fortunate enough to see the Supreme Personality of Godhead face to face, by his causeless mercy. Then again they would be promoted to the life of the demigods and become great devotees of Lord Krishna. After this, the great sage Narada returned to his abode Narayan-ashram and the two demigods turned into trees known as twin Arjuna Trees.

The two demigods were favoured by the causeless mercy of Narada and given a chance to grow in Nanda’s courtyard and see Lord Krishna face to face.

Although child Krishna was bound by the wooden mortar. He began to move towards the twin trees in order to fulfil the prophecy of his great devotee Narada. He knew Rishi Narada was his great devotee, and the trees standing before him as twin Arjuna Trees were actually the sons of Kuvera. ‘I must now fulfil the words of my great devotee Narada.’ He thought. Then he proceeded through the passage between the trees. Although he himself was able to pass through, the large wooden mortar stuck horizontally between the trees.

Taking advantage of this, with great strength Lord Krishna began to pull the rope which was tied to the mortar. As soon as he pulled the two trees, all their branches and limbs, fell down with a great sound. And out of the trees came two great personalities shinning like blazing fire.

There was light on all sides. The presence of two purified personalities made the ambience beautiful. They walked up to child Krishna and bowed in front of him to offer their respects and prayers. Krishna then blessed them—the two sons of Kubera.