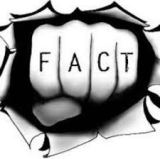 A committee of senior statisticians has said that verifying 479, randomly selected EVMs, from a total of 10.35 lakh EVMs, achieves a confidence level of 99.99%. Raising sample size further yielded only ‘negligible gains’ in confidence levels. This would also roughly translate to one EVM per Lok Sabha seat. Election Commission says that VVPAT slip count from 1,500 polling stations in elections since March 2017 have matched completely with corresponding EVMs.

In 1939 Savarkar wrote the foreword of a book by a Nazi sympathizer and European born Hindu revivalist who called herself or you could say she wrote under the pseudonym of Savitri Devi Mukerji. Savitri Devi Mukerji lived between (1905-1982), and her real name was Maximiani Portas she was a mix of Greek, French and English parentage, she was a remarkable figure who, among other idiosyncratic beliefs, considered Adolf Hitler an avatar of Vishnu. Her book, prophetically titled “A Warning to be Hindus,” is a passionate polemic about the need for Hindu assertion. A prominent proponent of, deep ecology and Nazism, who served the Axis cause during World War II by spying on Allied forces.

The origin of the word Juggernaut comes from the Hindu God Jagannath. The word is derived from the Sanskrit—Odia Jagannatha meaning “World Lord” which is one of the names of Krishna found in the Sanskrit epics. Where, Jagata means world, combining with Natha meaning Lord. By the eighteenth century juggernaut was in common use as a synonym for an irresistible and destructive force that demanded total devotion or unforgiving sacrifice—the sense in which it pops up in novels of Charlotte Bronte and Charles Dickens, and even Robert Louis Stevenson, who applied it to Dr Jekyll’s foil. Mr Hyde. It was only Mark Twain in his autobiography, who described juggernaut as the kindest of Gods.

The concept of GDP was invented in 1937 by US economist Simon Kuznets, who was later awarded the Nobel Prize for Economics in 1971. In 1944, following the Bretton Woods conference that established the World Bank and the International Monetary Fund, GDP became the standard tool for sizing up the country’s economy.

India is now the largest market for Youtube with over 265 million or you could say 26 crore monthly active users for the video sharing website.

Last week five South Korean celebrities became the world’s first 5G subscribers. The service since then has been opened to regular subscribers as well. Simultaneously the US also saw a limited commercial launch of 5G networks. The intensity with which telecoms in the two countries are claiming they did first, underscores the stakes in this battle for supremacy and how competitive it’s likely to be.

Whereas, South Korea and the US have launched 5G and China is in a great state of readiness. India on the other hand is yet to allocate spectrum for 5G trails. There is no doubt that rolling out this technology is seriously capital intensive.

During the 2014 campaign, Narendra Modi crisscrossed 3,00,000 km to address hundreds of rallies in person. Five years later, his energy is still undiminished. With 150 rallies already planned and more in the works, he is poised to convert the election into a presidential style contest once again.

Deteriorating quality of education in public institutions poses a serious threat to the Indian youth of today and tomorrow. As it directly affects about 65-70% of the students—those who use publicly funded institutions.

Mumbai is one of the hottest stock markets of the world, with a gain of nearly 30%.

To go off the rails. Means to start behaving in a way that is not generally acceptable, especially being dishonest or illegal.

Tail wagging the dog means a situation where a small part controls a big part.

Research shows that over a third of the US population is single. In India too, the demographic has been rising. They now number 74 million or 7 crore and comprise 12% of the female population.

The commonwealth is by no means a perfect institution. It is a legacy of the days when London was the centre of the world and Great Britain was the mother country.

More than 80% of Google’s revenue comes just from its ad business. In the last quarter, the company earned $32.6 billion from ads and just $ 6.6 billion from other sources.

A strategic industry should be defined on the basis of its multiplier effect on employment.

India has fought three, and two half wars, against Pakistan, and one against China in the past 70 years. The halves are the limited Kargil war and the longer Pakistani covert war that continues. Two of them in 1965 and 1971 lasted less than a month. The Kargil war went on for three months but in a very small un-populated part of the country. The first Kashmir war began in October 1947 and ended a year and more later on December 31, 1948. The Sino-Indian war of 1962, too, was a month-long affair. Acutely aware of their own vulnerability, India and Pakistan have generally avoided the deliberate targeting of economic and civilian areas during their wars. But in this regard the future now remains unpredictable.

A recent unofficial count found more than 600 lions in the area, up from 523 in a 2015 census in Gujarat. Gujarat’s chief minister Vijay Rupani said. “Our efforts for lion conservation with support of local people have yielded good results. The number of lions now in Gujarat has reached the 600 mark.”

More than 2500 years ago Confucius said that those who govern should do so through merit and virtue, not inherited status. From the 10th century to 1905, Chinese officials were selected primarily through competitive exams and promoted through rigorous performance assessments.

When a sector with less than 15% of GDP supports a population three times its size, we have a convergence of rural and urban hopes which is jobs. You cannot lift rural incomes without absorbing at least two-thirds of those dependent on the farm in non-farm or urban jobs.

China’s staunch opposition has ensured that Taiwan remains the only major country in the world to be outside the UN.

Crime does not pay as well as politics—ALFRED NEWMAN, a US composer.

The ability to look without motive is missing in the world today—Sadhguru Jaggi Vasudev.

I knew nothing about anything. That means I ended up paying enormous attention to everything—anonymous.

When someone spoke, I saw they were only making sounds and I was making up the meaning—anonymous.

Sophocles, one of the three ancient Greek tragedians said he would prefer even to fail with honour than win by cheating.

There can be a world of a difference between knowing ethics and practicing ethics—anonymous.