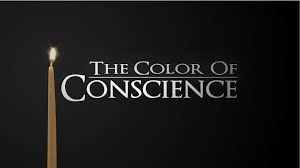 It reminds me of a time when I used to go to a park every day, early in the morning. The place was still and quiet—reminding you of those dreaded words—pin drop silence. It was a long morning walk, from where I stayed and also mid-way for me. Where, I use to take a break. The park was located on the embankment of the river which was about twenty feet high from the river water and in between the two there was a steep gradient. To, secure the area from anyone, falling into the river. A rugged railing had been raised only recently. The other end of the park touched the busy road. Coming all the way from the airport and passing into the main city. Beyond the river, there was a tall dark and handsome hillock that gave a great sense of scenic fulfillment.

All around, it was lush green, especially, during the monsoons. When, the water level at times used to rise and ripple past the edge of the gradient to enter the park. I normally sat there each day for about ten to fifteen minutes. Just for some meditation and introspection that refreshed me to take on the tough day ahead. I had relocated to the city some six months back as an Inspector in the Police Department. Out there. I also found many health freaks coming for morning walk. But some just to lollygag.

Close to the main gate of the park. There was also a small tea stall. I guess it grossed all its major revenues, early in the morning itself, while serving the morning walkers.  Once in a while it also served hot pakodas that tasted deadly, with that hot dhaba tea.

I had become a little pally with the tea stall owner who was young and appeared somewhat educated. There was always a newspaper lying around the stall. Where, tea buffs often rushed through the headlines and exchanged informal barbs.

As a regular visitor I had started recognizing quite a few faces. Gradually, I even got to know the names of some. One out of them happened to be an old person. About whom I noticed, was normally quiet. One day the stall owner who knew, I was a police inspector, introduced me to him. His name was Robert.

In a matter of days I started interacting with him and referred to him as ‘uncle.’ He must have been around seventy. He spoke very less. But whenever he did, he was to the point. He was normally in his own world and nothing amused him.

Days passed as usual. One day he came up to me and asked,

‘Are you in the police?’

I said, ‘what favour?’ He looked at me for a while and said.

‘Many years back when I was young. While playing in this park I had a fight with my best friend and that unfortunately escalated. As a result of which I pushed him down the slope over there. He fell into the river. It was monsoon season. When, the river was in full spate and he was swept away, and never returned.’

‘So, then, did you tell the police, that you had pushed him?’

‘Because I was scared I’ll be arrested. So the police registered a case of accident, that he didn’t know swimming so he drowned.’

‘So then, why are you telling me your story now and that too after so many years?’

‘After fifty years to be exact. To, clear my guilt or you could say conscience. Because, you’re in the police and if you want, you can arrest me now for the crime.’

‘But have you told this to anyone else?’

‘Because he was my next door neighbour.’

‘So how does that matter?’

‘It matters, because, years later, I married his sister.’

‘But does she know you were the one who pushed his brother?’

‘A few years back I did tell her. She couldn’t bear the shock and expired within weeks.’

‘And what about your children?’

‘I have two sons. Both are in Australia. They don’t know about my crime. But maybe you can tell them after I’m arrested or I’m gone.’ After this he got up, picked his walking stick and started walking. Perhaps, he was heading home.

After the conversation a couple of days had passed. I had not seen Robert. One day when I reached the tea stall. I was informed by the stall owner that Robert had committed suicide. I was shocked at the news. Perhaps, he was preparing for it mentally when he told me about his act of crime. I attended his funeral where I even got to meet his two sons Richard and Simon.

Thereafter, I continued with my morning walk as usual. One day when I reached the tea stall. The owner gave me a sealed enveloped that Robert had left for me. I opened it. There was another sealed cover in it with the name and address of Richard in Australia with a request to send it across through a reliable courier. Which I did.

Robert after losing his wife couldn’t have taken a chance on his sons. But anyhow he wanted to confess about his crime to his children. Which he did after he was gone.

Moral of the story: Your conscience is the most long-lasting jury in you.