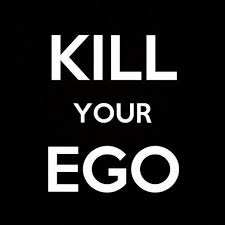 Once a learned sage was in the middle of a very narrow bridge when he saw a powerful king approaching from the other side. ‘Please halt and go back so that I may pass.’ said Shaktimuni.

‘No, you turn around and go back,’ thundered the king, ‘so that I may pass first.’

‘But I stepped on the bridge first.’

‘Yes, but I can push you back because I’m the king.’

‘That’s not fair. Know that I’m a teacher, a priest and the most respected philosopher of the land. Hence, I must be given the first right of passage,’ argued the sage.

The king sneered, ‘I built the school you teach in. I pay for the rituals you perform. Without me as patron, you would not be able to indulge in philosophy. So you must give me the first right to passage.’

The arguments continued, each refusing to give way to the other, each one justifying why the other should turn back. Finally the king raised his whip and struck the sage. Furious, the sage cursed the king. ‘You have behaved like a rakshas, (demon) so let me turn you into one.’ Instantly, the king turned into a rakshas—a man eating rakshas. But the rakshas pounced on the sage, open his mouth wide and ate him in one shot.

What mattered more? Crossing the bridge or crossing the bridge first? Clearly the latter, for the sage. That is why, instead of simply turning back to make way for the bully king, he demanded the first right to passage. The demand turned into insistence on moral, ethical and legal grounds. But what happened finally? The sage did not win the argument. Nor did he get to cross the bridge. In the end he was reduced to cannibal fodder.

Moral of the story: Sometimes in our obsession to be right, we lose sight of the goal and lose the game.