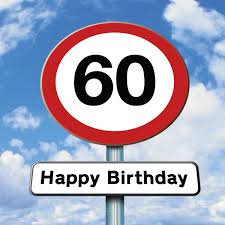 But heart interjected—no way, it’ll only be frisky,

Where midway said—one way or the other,

Life is going to be slippery.

For career was over,

Moolah was at its end.

Though posts and positions were over,

Fascinations, were still tall and not at all over,

From countless no ends,

I was heading towards a dead end.

I never thought of sixty,

Nor did I think of fifty,

Thirty is what I always thought of,

Till I was told I’ve turned sixty,

It was tricky and as if bereft of whisky.

But age had nothing to do with my being thrifty,

As I always felt blessed,

Till someone announced I’ve clocked sixty.

Things were not the same,

For I was no more in fame,

But was it any shame?

Is, when my heart argued my mind,

And in the intertwine,

All is not lost,

And at 60, life begins with a new chime.

For sixty is only a perception,

So a big deception,

For some to open.

But it’ll only open,

If you dare to do so,

Else you would only drift,

To the hell of oblivion.

I woke up inspired,

I woke up rejuvenated,

In this bubbling atmosphere,

And all that matters

Is your emboldened gear.

So get up to do something worthwhile,

For you still can do it,

Even if the era has changed,

There is still so much to change,

From humanity to disdain.

And there is enough left,

Even for the seventy and eighty,

What to talk of sixty,

I have memories galore

But all to the core.

I don’t look for stones,

For the page has turned,

More towards the urn.

So keep the lilt of life alive,

By discounting all your frights,

By upholding all the rights,

And by being upright.

This poem is for all those who have turned 60. It is essentially important not to stop doing things under the excuse of being old. There is so much to do and so much to improve in this planet. So don’t just pull the curtain on yourself. Rather, rise up to start your second innings. Good day.

Story of an Indian salesman who is lowly qualified but fights his ways through uncertainities to reach the top. A good read for all salesmen. Now available in Amazon.com