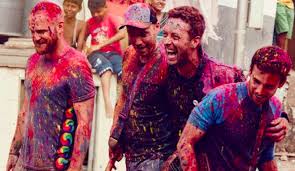 Sting of career and earnings

There was once an old person who used to stay in a remote city with his wife. He was not very well off. But apparently, he was very sincere both towards his family and even his extended family. By nature he was not very diplomatic and conniving, rather he was curt and straightforward, yet he wished everyone well. But his straightforward nature had painted a negative picture of him in the entire family.

One day he realised that his clan had grown both in size and diversity with people settling all across the country and even abroad, and had not come together for many years. Over the years many marriages had taken place, where many daughter-in-laws and son-in-laws had entered the family and many grandchildren were born and many of them had not even met each other. This required a complete churning of the family; for the clan is as closely knit as its last meeting, he thought so.

One day he got a brainwave. He thought of arranging for a family get-together where the entire clan could come under one umbrella just for a couple of days during a holiday or even a weekend. He visualised this could be a forerunner and could set a domino effect of family gatherings amongst family members which in turn will generate fondness and belongingness in the family even after he is gone. He discussed the idea with his wife who too welcomed it.

He then communicated to all the family members about his idea. Some family members responded warmly, some in a lukewarm fashion, some were indifferent and some didn’t even consider the idea worth replying, nevertheless he took the indifference in his stride.

But in spite of the minor disrespect that he suffered at the hands of some members of the family, he decided to go ahead and take initiative as he thought it was a watershed idea to bring together the entire clan. In consultation with members of the family a three day programme was fixed. The dates were finally decided keeping everyone’s convenience in mind; which was during the festival period and that too over a weekend so that leave was not an issue.

The first day was all about receiving people from the airport and the railway station followed by some free time to laze and mingle as most of them would have met after a long gap and some for the first time, followed by a gala dinner in the ambience of some soothing gazals in the club. The second day was all about local sightseeing for which he had booked a van, which was more for the children and the young crowd that not seen the city. For the third day a family puja was planned in the morning followed by shopping during the day and a bout of indoor games in the evening followed by dinner and with that the programme would have come to an end.

While keeping the get-together in mind, he had also started some minor renovations and facelift of his house for the comfort of the guests, considering so many family members were arriving after a long gap and the atmosphere at home had begun to be upbeat. Until one day when less than a month was left he and his wife started getting calls from several family members that they are unable to make it.

For some, important business meetings had sprung up on those very dates falling over the weekend, for some others pressing engagements, and few had an afterthought and didn’t want to come home—that is to their roots for just two or three days, and wanted to come for a longer duration as they considered a short trip as waste of money and an unhealthy return on investment; even when they hadn’t come home for more than a decade. And, under the dubious circumstances the watershed idea of the person was under gradual strangulation and soon it died a painful death.

But destiny at times is inconveniently cruel. Even when the get-together was called off, just a couple of days after the proposed dates of the get-together the person kicked the bucket. The sad news reached one and all. The entire clan was in grief and had little choice now, but to cancel their pressing engagements and meetings, which they couldn’t have done for a family get together. Their viewpoints about return on investment went for a toss as they rushed to have a last glimpse of the person leaving behind all pressing commitments. The same travel agent whose vehicle was booked for sightseeing earlier was now ferrying everyone from the airport as most of them had arrived by flights on account of short notice; but tragically this time it was not for any family get together or sightseeing, but to finally bid adieu to the person.

In our lifetime we all feel as if we have a lot of time to catch up with things in life even when we see death all around us each day.  Whereas, we show urgency and immediacy when it comes to earnings and career, we fail to show the same urgency when it comes to reaching out to our clan or to our inner self and even God. The prudent precept of life therefore is: don’t allow such rare heavenly opportunities–such as a family get together, to go by in your busy life, for you don’t know when the other person will drop dead or when you will make an exit from this world, so grab the opportunity. And remember let not the priorities of life overtake the priorities of a lifetime.